Everyday can be a memorable one depending on what you do in it. The lives you touch with love, the assistance you give to the weak and feeble, the food you offer the orphan and the meekness you teach the rich and the arrogant make a lot of difference. 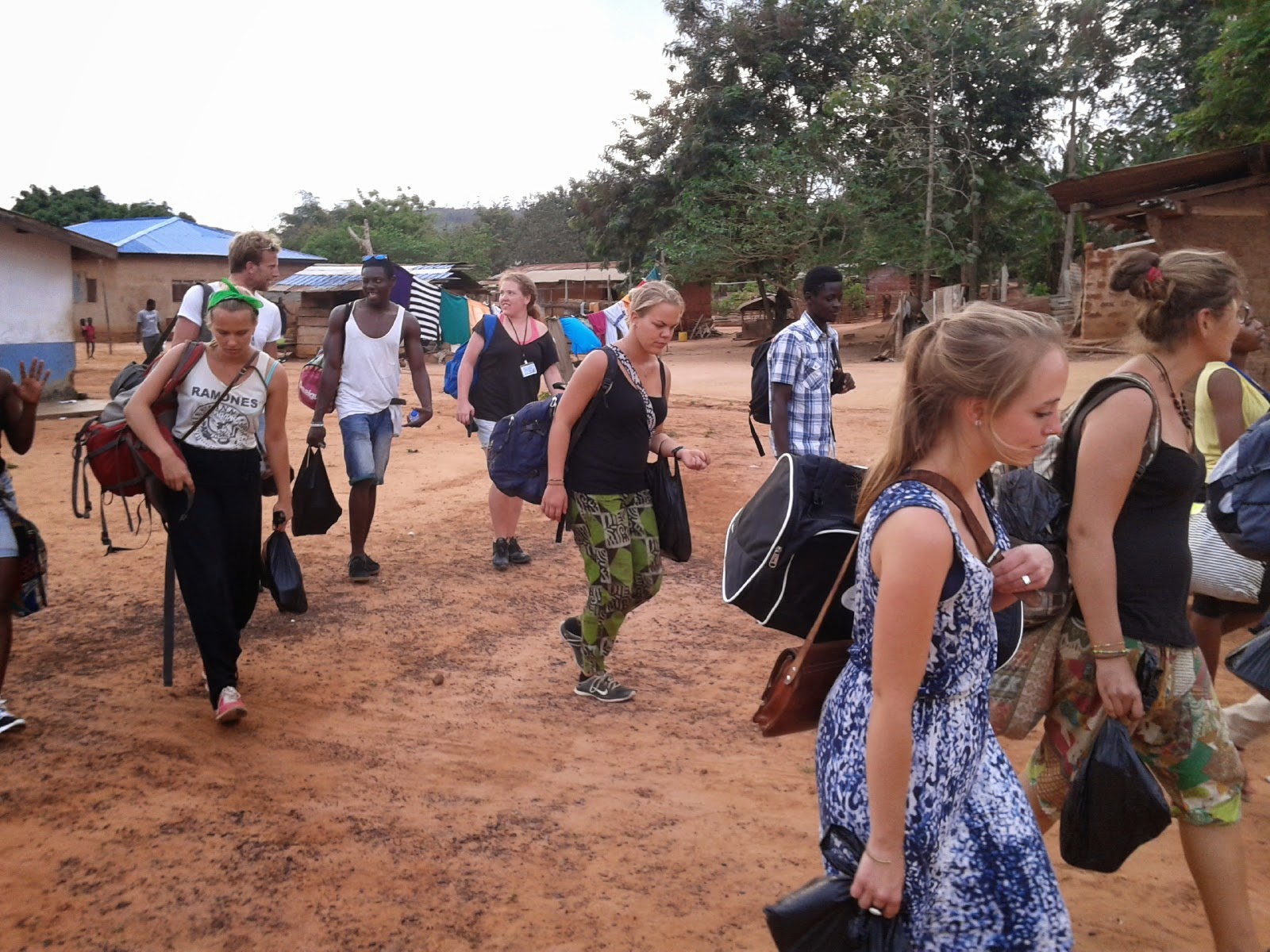 At Asifaw, Akuapem in the Eastern Region of Ghana, IGI volunteers together with the community gave meaning of love to the environment, care for the sick and counseling on child protection during a Youth Work Camp organized by IGI at Asifaw from 19th - 22nd February, 2015.
It was all joy and inspiration when IGI volunteers made up of Ghanaians, Germans and Swedish together with the people of Asifaw engaged in numerous activities aimed at building community assets.
IGI volunteers engaged the people on environmental health issues touching essentially on proper refuse disposal and separation and followed it up with a clean- up exercise in the entire community. 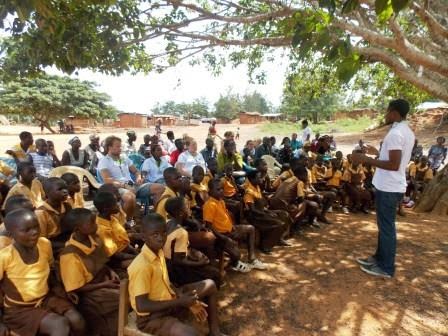 Additionally, IGI invited a social worker from the Department of Social Welfare & Community Development at the Akwapem North Municipality who did a presentation on Social Protection touching on childcare, family life tips, human rights and respect for women. It was a joyous moment as the community freely expressed differently opinions on the said topic.
There was also a presentation on food, nutrition and lifestyle aimed at enhancing the health of the community. This was followed by medical screening exercise and counseling for the entire community folks. The IGI volunteers some of whom were medical students and health workers conducted various medical screening procedures and advised some people with complications to go to the hospital as soon as possible. 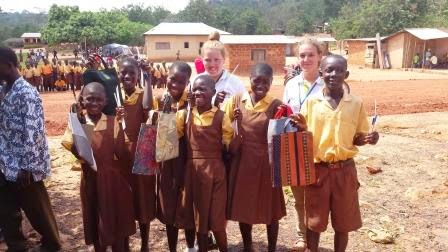 IGI also made donations to Asifaw Basic School such as toys, pens, pencils, rulers, mathematical instruments, footballs and other educational materials.  In fact, the gratitude expressed by the children who usually lack very simple educational materials to enhance teaching and learning was a source of satisfaction to IGI volunteers. 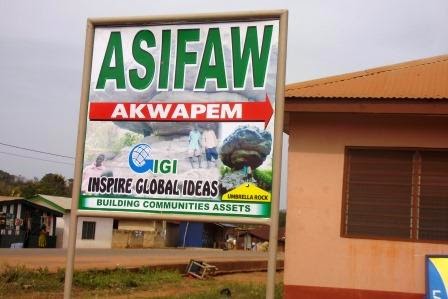 IGI together with the community made a formalized expedition to the biggest umbrella rock as a sign of exposing this hidden mystery rock to the outside world. Fun games including football matches were organized to raise awareness on malaria and belhazia. Certainly, these four days of IGI volunteers drinking and eating with the community, working with them on various projects were really fulfilled four days in the lives of most of the volunteers and the community.

IGI left the village with one thing clear; there is so much strength in togetherness especially with the desire to help build community assets.